KEI™ performed a root-cause analysis on a double-port globe valve which experienced plug and bushing wear-induced failure. KEI performed transient-flow CFD analysis to calculate the time-dependent forces acting on the plug and calculated the busing and stem wear based on the time-averaged radial and axial forces (see Figure 1). The wear calculations corroborated well with the observed plug/bushing wear. KEI concluded that the low hardness and wear properties of the bushing material and system-induced fluid forces resulted in accelerated wear of the bushing. Impact loads between the stem and bushing due to increased clearance from wear further accelerated the wear. KEI recommended options for harder material to be used for the bushing, which would significantly reduce the wear rate and increase the life of the valve. 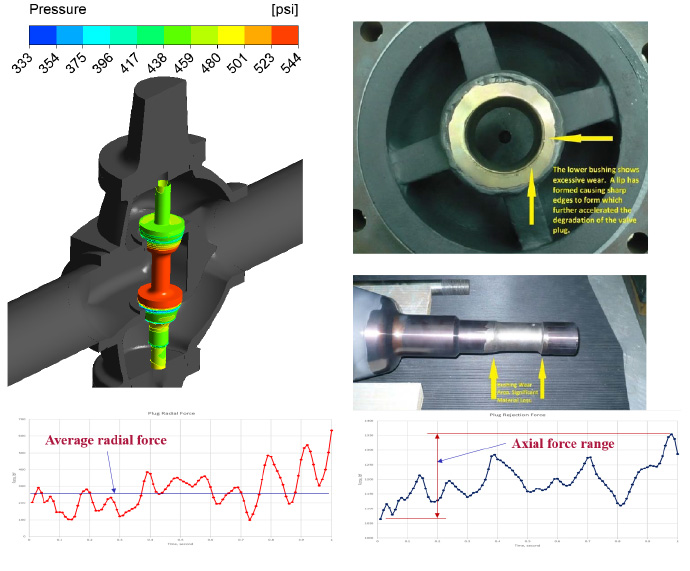