Kalsi Engineering Inc. (KEI)™ evaluated the operational readiness and survivability of the Main Steam Isolation Valves (MSIVs) installed in the main steam line (fed by the steam generator) of a nuclear power plant as part of a planned Extended Power Uprate (EPU) project. It is necessary to ensure valve operation and survivability are not compromised by the increase in flow-induced forces caused by the increase in mass flow rate associated with the EPU.

Key tasks completed as part of this project included determining the maximum disk impact velocity for spurious closure and pipe break for the new EPU conditions. To complete these tasks, KEI developed a kinematic model of the MSIV actuator and valve components and a dynamic model of the pneumatic actuator output force and flow-induced forces on the valve. The actuator output force model required transient pressure predictions based on the venting process of the actuator. Key components and dimensions for the kinematic model are shown as Figure 1. The position of the disc, linkages, and actuator stem and piston for the full open and full closed positions are illustrated in Figure 2.

The sequence of modeled events for the spurious closure was as follows:

The sequence of modeled events for the pipe break is the same as for spurious closure with the exception that the load transmitted to the linkage pin is monitored, and when the load at the pin reaches a defined limit, the model considers the actuator to separate from the disc. Disc separation allows the flow-induced forces to accelerate the disc to a higher impact velocity. 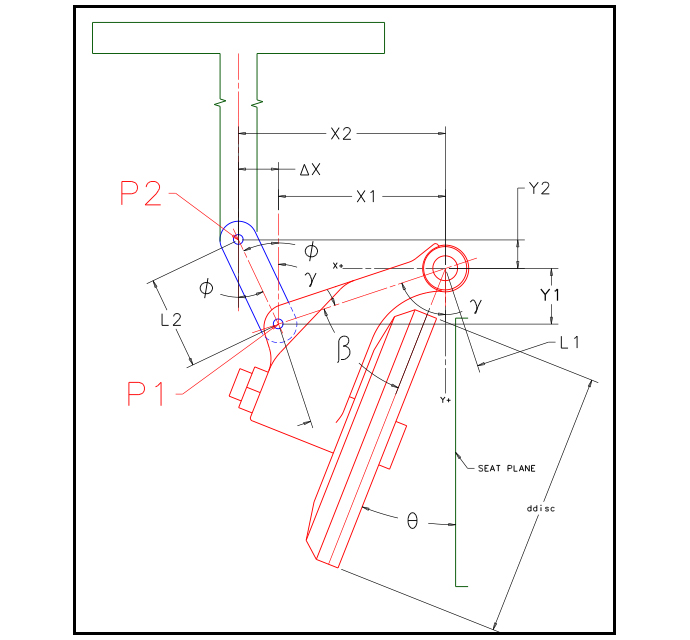 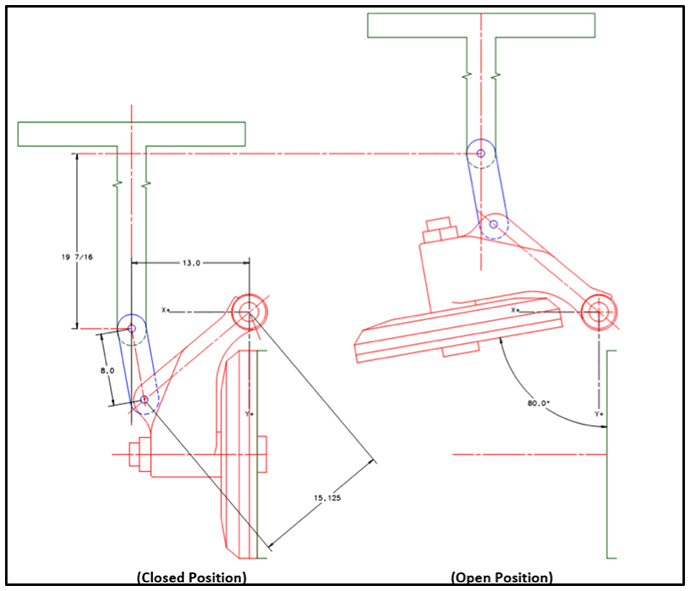